When a car plays chicken with a house...


Two am is a strange time for a garbage truck to be on our street I thought as I heard an engine rev up just before our house shook with a huge crash.  I ran to the front window as a second crash occurred and pulled open the blinds while yelling for Timothy, who was asleep like most normal people are at 2 am.  I watched as a silver BMW SUV crossover slammed into our house for the third time and bounced off.  The silhouette through the window against the white snow beyond gave me the impression of a young slender male who then executed a very neat backing up turn and sped off dragging an entire panel from the garage door.  He left behind his driver side mirror and lots of small pieces of the front end of his car in exchange.

Timothy had made it to the front door by this time and yelled for me to get his license plate number which would have been in perfect view if not for the fine covering of snow obscuring the characters.  Stunned I watched him drive away with our garage door panel, flabbergasted that he would just leave.  While I could still see his rear-view lights going down our quarter mile long cul-de-sac road, I called 911 and reported that my house had just gotten in a car accident.

We opened the door from the house to the garage and were met with chaos.  A huge cabinet was tipped on its side, the garage door looked like someone had wadded it up and there was a hole where the far corner wall used to stand.  Timothy decided to chase down the driver on his bike and left me to wait for the police to arrive.  I had a moment of freaking out as I watched him walk his bike down the driveway, careful to not mess up the tracks and ride off after the guy who was still at the end of the road at the stop sign.


I took a step back, covered my face with my hands and recognized that I was VERY overwhelmed.  I repeated this phrase out loud from Psalm 56:3, “When I am afraid, I will trust in You oh Lord.”  I don’t remember how many times I said it, but when I lifted my head, I was calm and able to think.  I thought about what I saw so I could tell the police officer later and went back inside.

About 15 minutes later Deputy Zwak arrived.  He was very kind, young and cute.  I thought it was just an anomaly until his back up came and two more kind, young and cute Deputies arrived.  Apparently the night shift for the Ottawa County Sheriff Department could all do a calendar like the firefighters.  Anyway, I was calm enough to give a decent statement and had found my sense of humor again.  I was also concerned about the hit and run driver.  He had to be hurting and he was so unsafe, not just for himself but to other people as well.

Lots of pictures, statements, head shaking by the officers and then it was just me left in the house waiting for Timothy to return.  It took quite a while and I started praying for Timothy rather than the driver. Thankfully Timothy came back safely and reported chasing this guy all over Ottawa Beach, down to Tunnel park and back out to Ottawa Beach following tracks that weaved all over the road and drove on the wrong side of the road more often then not.


Then we got to sit on the phone with the insurance company for a couple of hours as we made a claim.  Kia was very nice, funny and absolutely horrified for me and the situation.  Around 4:30 am we went to bed.  I slept, but Sir T couldn’t and was back up and out working on the garage at 8 in the morning.

The crashes woke up the people in the 5 houses surrounding us in the cul-de-sac and our neighbor Sir D came over to see how we were doing and gave us a 12 foot 4x4 post and helped Timothy prop up our roof.  Several of our neighbors had surveillance cameras and one sent his video footage to the police from Florida where he is vacationing.  Many stopped by to make sure we were ok.

Then the parade of cars began.  Unknown to us, the police had put out a bulletin requesting help in locating the hit and run driver and gave a vague location of the house.  I couldn’t figure out how all these people knew to drive all the way to the end of a cul-de-sac to see our house.


I am tempted to put a bucket out at the end of the driveway and request donations.  I don’t mind people coming to see, especially neighbors who are checking up on us and curious, but the person who drives by slowly with his passenger window down, arm stuck out holding a phone videoing as he goes by is a tad rude.  At least he could wave and yell, “I’m sorry that happened to you” or something to me standing there watching him go by.  Yes, my house looks crazy and is unusual but you can still be a little respectful please.  You just gotta laugh it off I guess and it is a good reminder that when I am on the other side of someone else’s problem to stop and help rather than spectate.

It was cold and while Timothy toiled away with amazing endurance, I had to keep going inside to thaw out my frozen hands.  He worked for about 8 hours straight, picking up and piling and unburying our vehicles.  Thankfully at this point it looks like they suffered only cosmetic damage and we were able to pull one of them out of the garage.


Timothy figures that the guy drove at high speed straight in our driveway and at the last moment realize our house was in the way.  He pulled hard to the right and hit the corner of the garage and exploded everything out into the side yard.  There is a long burned rubber tire track about a foot away parallel to the back bumper of our newest car in that corner which means he missed our car by inches while taking out the wall all around the car.  Our car angel must have flexed some serious muscles I think.

One possible living casualty may be an 8 year old female kiwi transplant that was smashed under the man door and wall.  It can take about 7 or more years before a kiwi will bear fruit and I was hoping that this spring would be the year.  Now I just hope that she was flexible enough to forgive the door that got KOed on top of her.


We created piles as per the insurance people’s instructions and I lost a bit of my joy as I picked up shattered pieces of former stained-glass butterflies and bugs.  Metal garden art was bent or snapped, my glass globes and ceramic pieces were fragments and there was so many pieces of previous plastic pots.  I remember rejoicing when I found a single uncrushed remnant of a former string of butterflies but then immediately finding scattered detached windchimes that used to be musical damped that joy.

Things and stuff.  They are all just things and stuff.  Timothy commented on my mourning as I dug through rubble finding my former treasures.  I was focusing on tiny things, small things in the grand problem of “there is a huge hole in our house” right now issue.  I thought about it for a moment and realized that I couldn’t fully process the seriousness of the damaged house yet.

I could only handle the grief of losing small pieces of art that I had collected over many years or were gifts from friends and family.  Grief is the response to loss and I’m sure that I will grieve over the house too when I can.  However, I think that the house is fixable.  Yes there will be a lot of money, maybe trials and inconveniences involved but it is not gone.  The shattered fragments of a large stained-glass butterfly stake given to me by our realtor when we bought our house 19 years ago is not replaceable.


I am so grateful for all the kind words from neighbors and friends on Facebook.  Several of our neighbors stepped up and went above and beyond with help and wisdom.  Sir D loaned his muscles as well as supplies.  Sir J gave pertinent advice regarding the fact that the header in the garage was slowly falling and provided the house jack needed to push it back up to insert a support beam.  Our friends who are construction heroes arrived the next day to evaluate and help secure the tarps and brought supplies with them.  Because they can’t do anything until the insurance company comes and looks at the damages, all they could do was make sure everything was safe.

Timothy has been amazing.  Working tirelessly to make it safe.  Keeping his cool and a good attitude.  He hasn’t said anything mean about the driver or blamed anyone for this happening.  He has done research to make sure we are jumping through the correct hoops and asked good questions while I was talking to all the people.  I am so grateful to do life with him.


Timothy and I are safe.  Our house is still standing.  My hope is that the driver of the BMW will be caught, not because I want revenge, but because he needs a wakeup call in his life.  Something is very wrong if you are driving drunk and smashing into houses.  I want him to have an opportunity to make better choices and for there not to be a second time where people, including himself, may be hurt and die.  Wherever you are, know that it isn’t too late to change and that someone is praying for you. 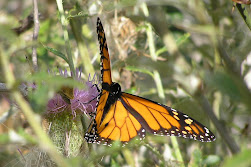